Show the Hell Up! 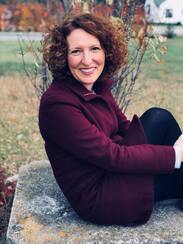 Julianne would like to think she started her awareness/consciousness journey when she hired a life coach in 2006. Ten years later all the models and tools she had learned weren’t working like they had before. She still didn’t really like the job she was doing or the clothes she was wearing or the trips she was able to afford. As a last resort, she tried BodyTalk and through her practitioner was introduced to CLI where she began to show up with her awareness in a different, more productive way. Julianne has attended the intro to Conscious Living Investigation numerous times and is now benefiting from the advanced courses such as CLI Money and CLI Body Image.
With her formal education in Sociology and Human Resources, Julianne’s career theme has been to engage with small and medium-size businesses to build their HR and Operational processes since 2004. Like many people raised in small-town Saskatchewan, she now resides in Calgary, AB.